Luonto Knows How To Build Success With Odoo

A Little More About Luonto

The world-famous furniture company, Luonto, was founded in Finland way back in 1964 by Pentti Viitala. Much like today, it was tremendously hard to find high-quality furniture at an affordable price back then, but Pentti wanted to change that. So, he decided to start his own furniture company with that mindset, and the rest is history. 56 years later, his vision of providing top-notch furniture at a reasonable price continues to be the main motivation behind the thriving success of his beloved company, Luonto.

That inherent passion for quality is brought to life every single day, thanks to Luonto's impeccable raw materials, skilled craftsmen, and ever-attentive support staff. The end result of their tireless efforts is an impressively large product catalog, filled with expertly designed, incredibly comfortable, uniquely functional pieces of high-quality furniture.

With roughly 300 brick-and-mortar storefronts in the United States and Canada, it's easy to see why Luonto is one of the best in the business. And, with Odoo simplifying, streamlining, and automating their business processes, there's no limit to how successful Luonto can be!

Currently, their crowd-pleasing products are manufactured in Europe, and their headquarters and distribution center are located in the United States (South Carolina). They use a plethora of user-friendly Odoo business solutions to run their company in a smooth, efficient fashion. But things weren't so easy before Odoo.

The brilliant people over at Luonto realized it was time for a change. They needed to develop a new, modern scope for their business model. They quickly realized they would need a new program because their methods at the time (Microsoft and NetSuite) simply weren't cutting it anymore. In fact, they were making things a lot more difficult than they needed to be. Which, subsequently, negatively affected their overall efficiency.

Luonto faced a plethora of problems early on in the days before Odoo. One of the main challenges they were dealing with was that none of their previous platforms were capable of handling multiple pricelists, or the required complex configurations necessary to enhance their overall business model. Also, the integration of purchasing and sales was crucial for their future success, which ended up being a bit of a struggle in the primary stages of their courageous search for a new business solution.

They were looking for an easier, more streamlined way to scale up their complex configurations and pricelists. However, they also needed a better way to manage their marketing department, as well as their famously helpful Customer Care team.

During this search, they were determined to find the right solution. One that would bring the most value at the best price. And that's exactly why they inevitably started working with Odoo.

Odoo To The Rescue

As their expedition for the best business solution continued, they were mulling over dozens of different options, ideas, and opinions. Then, Luonto's IT manager in Europe suggested Odoo, which he knew as OpenERP years ago. His opinion was valued more than most because he had extensive experience, knowledge, and acumen for everything going on in the "IT World." More than that, he knew exactly how capable Odoo was of handling complex needs.

And, even though they were fairly deep into their working relationship with NetSuite, the Luonto team realized that its functionality and frustrating sales process was starting to feel like too much to handle. So, they decided to cut ties with that expensive, lackluster business solution, in favor of Odoo.

With Odoo's wide array of tremendously useful business applications, Luonto was able to fix all of their previous issues - and then some! In addition to providing the highest quality at the most attractive price (like Luonto does with their furniture), Odoo was able to help scale their complex configurations and customize multiple pricelists for them, with the help of easy-to-use applications, like Sales, CRM, Inventory, Marketing, Helpdesk, and Accounting, just to name a few.

The integration and automation made possible by Odoo's unbeatable interface and design allowed Luonto to reach new heights of success almost immediately. It didn't take long for Luonto employees to realize that Odoo is more than capable of doing anything they could ever want - and it fit everything they were looking for in their new scope.

For example, Luonto offers hundreds of different sofa designs, thousands of upholstery options, tens of legs, and a couple thousand different color choices. Which, as you can already imagine, results in hundreds of thousands of product variants. Entering in variants like this would've taken them an exorbitant amount of time to complete with their older methods. But with Odoo, they are able to quickly and easily manage their millions of SKUs better (and more efficiently) than ever before.

“We knew that, at some point, if we want to create all the SKUs in the system, it's going to take months and months to get it done. Maybe a year. SKU creation is so complex. We decided to build and develop the simple configurator, so we can create the SKUs on-the-go. It ended up being a great solution!”

When it comes to implementing a new business solution, and training staff members on its use and functionality, it doesn't get much easier than Odoo! And that was proven even more so in this case, as Luonto chose to implement Odoo in the middle of the COVID-19 pandemic.

Because there was a lockdown, it gave them the opportunity to accomplish a lot of things. One of which being that they were able to fully familiarize themselves with Odoo, at their own pace, as most of their storefronts were closed for the time being. This allowed them to use this valuable time to test things out, and it also opened doors to new possibilities that they were able to accomplish remotely. And, thanks to Odoo, all of that was made possible (and easy-to-do) during those incredibly uncertain times.

To be fair, Luonto's decision to switch to Odoo had been made long before the crisis began. But it wasn't until July 2020, that Luonto officially started to implement Odoo into their business model. In doing so, they made sure to train key people, management, and everyone in between on their roles and basic needs.

Another great feature of Odoo, in addition to their myriad of open-source business solutions, is how easy Odoo is to learn/train. There are plenty of helpful videos, documentation, and various other resources that have been carefully crafted to make everything super simple to understand and implement.

And, if there ever was a rare issue when someone didn't know how to do something, the Luonto team would work together, maybe even watch some videos as a group, and before you know it, they'd be able to figure out everything in no time! Odoo's intuitive, user-friendly design makes every aspect of their intricate business applications easy-to-use and understandable. Which can be done in a fraction of the time it would take to familiarize yourself with any other similar, hard-to-understand business solution.

With their constant success, it's no wonder that Luonto plans to implement Odoo into every other facet of their business in 2021 - starting with a brand new, professional-grade webpage, with the help of Odoo's amazingly capable Website application.

At the end of the day, you want your company to run as smoothly as possible. Efficiency leads to success, after all. And, with Odoo's amazing automation and time-saving functionality, your company will be able to continually exceed goals long into the future with the greatest of ease - just like we've seen with the amazing team at Luonto.

Learn more about Luonto at https://www.luontofurniture.com/story# 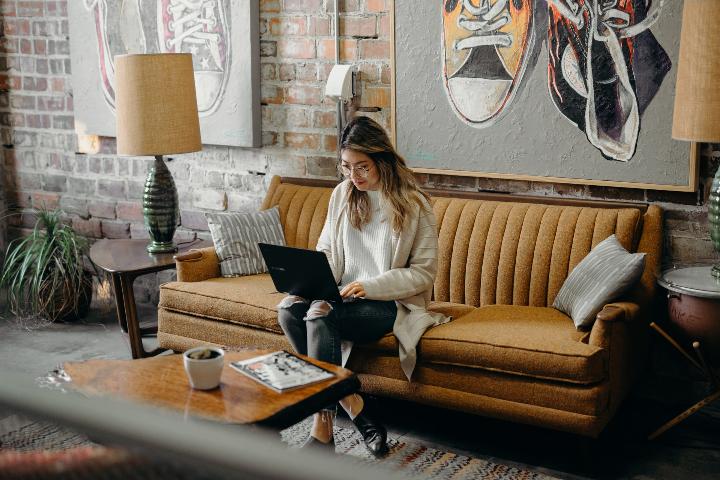 Diskon24 Combines Five Markets Into One With Odoo